A Missouri couple who admitted to doing things a little “backward” recently got engaged on the Ellen DeGeneres Show in front of a live studio audience and 4.2 million viewers at home. 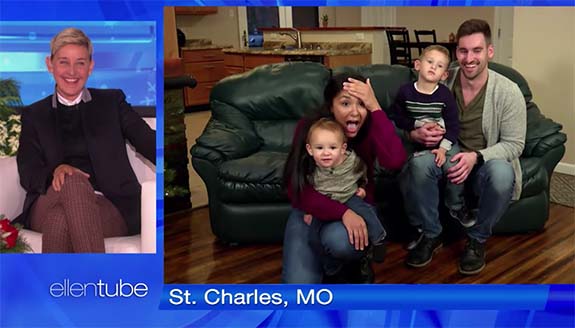 Rachel Anderson and Dane Wobbe had been surprised on December 16, 2019, when the popular host visited their living room in St. Charles, Mo., via a video feed during the show’s “12 Days of Giveaways.”

Among the prizes awarded to the couple and their two children, Carter and Jaxson, was a trip to Los Angeles to see a taping of the highly rated daytime show. One of Anderson’s life goals was to meet DeGeneres, who she finds inspirational.

During the episode that aired February 27, DeGeneres showed video clips of her lively December 16 encounter with Anderson and her family. Then she invited the couple on stage, where she interviewed them about how their lives have changed since they made their debut on national television.

Anderson told DeGeneres that she and her show are changing the world.

“I could never express how much I appreciate everything you do every day because you give some much light and love to people,” she said, “and there is a ripple effect and you effect so many more people than you think.”

Unbeknownst to Anderson, Wobbe and DeGeneres had plotted a special surprise for Anderson, a nurse who recently had to give up her job to take care of her ailing grandmother.

Here’s how DeGeneres set the stage…

“So you have two adorable children. How long have you been married?” DeGeneres asked.

“Not married,” said Anderson. “We do things backward a little bit, but that’s totally fine.”

At that moment, Wobbe stood up and reached into the front right pocket of his jeans and pulled out a diamond engagement ring. 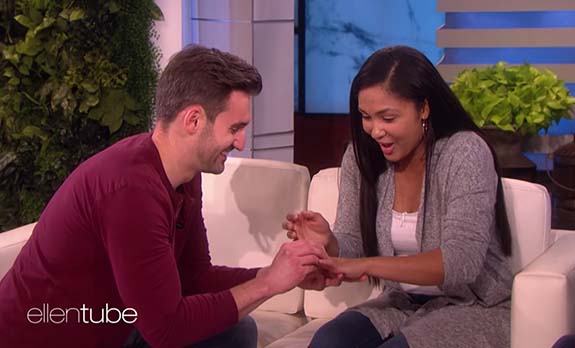 Then he went down on one knee, looked Anderson in the eyes and said, “You’re the best partner, the best mother I could possibly ask for. Would you marry me?” 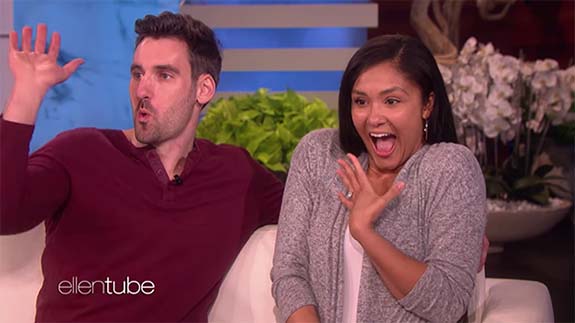 He slipped the ring onto her left hand and she pulled him in for a kiss. Then they both stood and embraced to the cheers of the studio audience.

“I love you so much,” she whispered to her new fiancé, a sweet sentiment that was picked up by a stage microphone.

Anderson asked DeGeneres to attend their wedding and the TV host seemed excited by the invitation.

She also told DeGeneres that her patients often watch the Ellen DeGeneres Show to lift their spirits.

“You are the best medicine that they can get at that time,” Anderson said.

DeGeneres told the couple how much she admired their positive attitude and willingness to help others ahead of themselves. 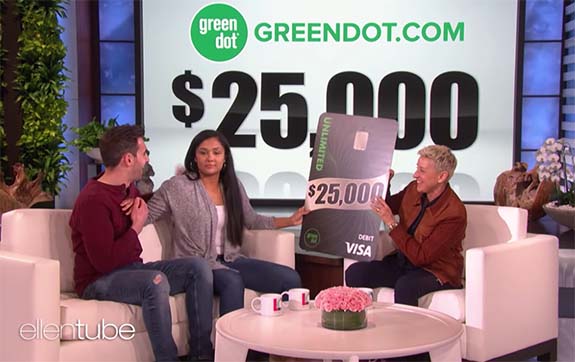 Anderson and Wobbe could hardly contain their excitement when a stage hand delivered an oversized gift card for $25,000, an early wedding gift courtesy of Green Dot Bank.

Check out the full segment here…